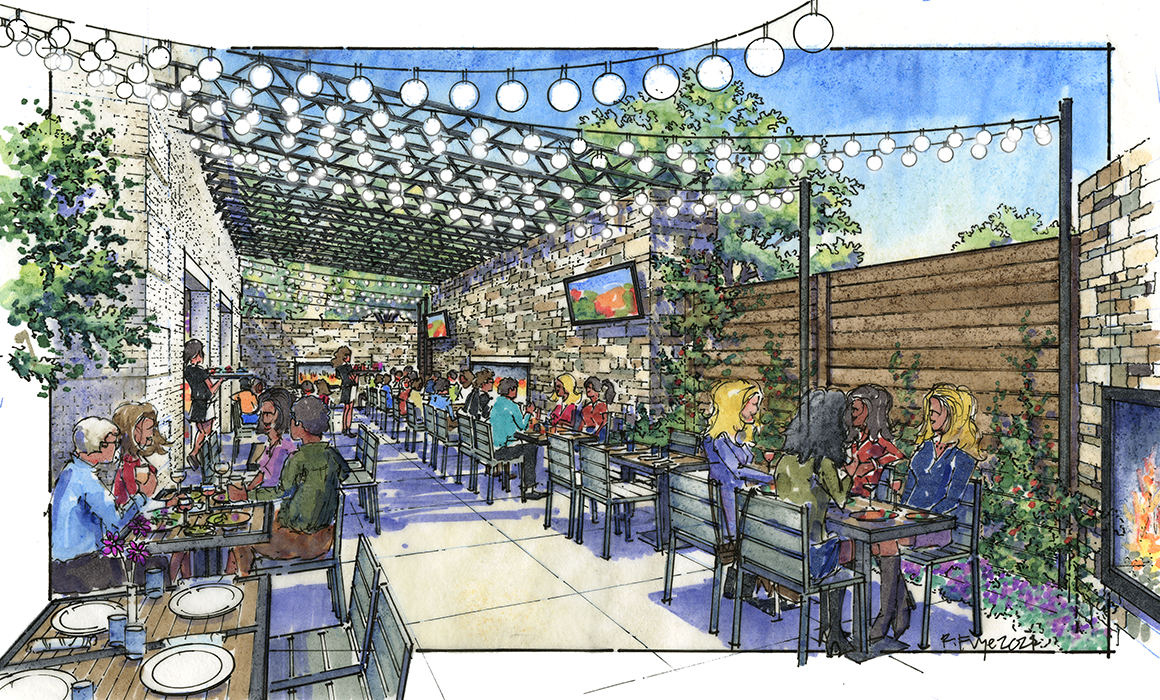 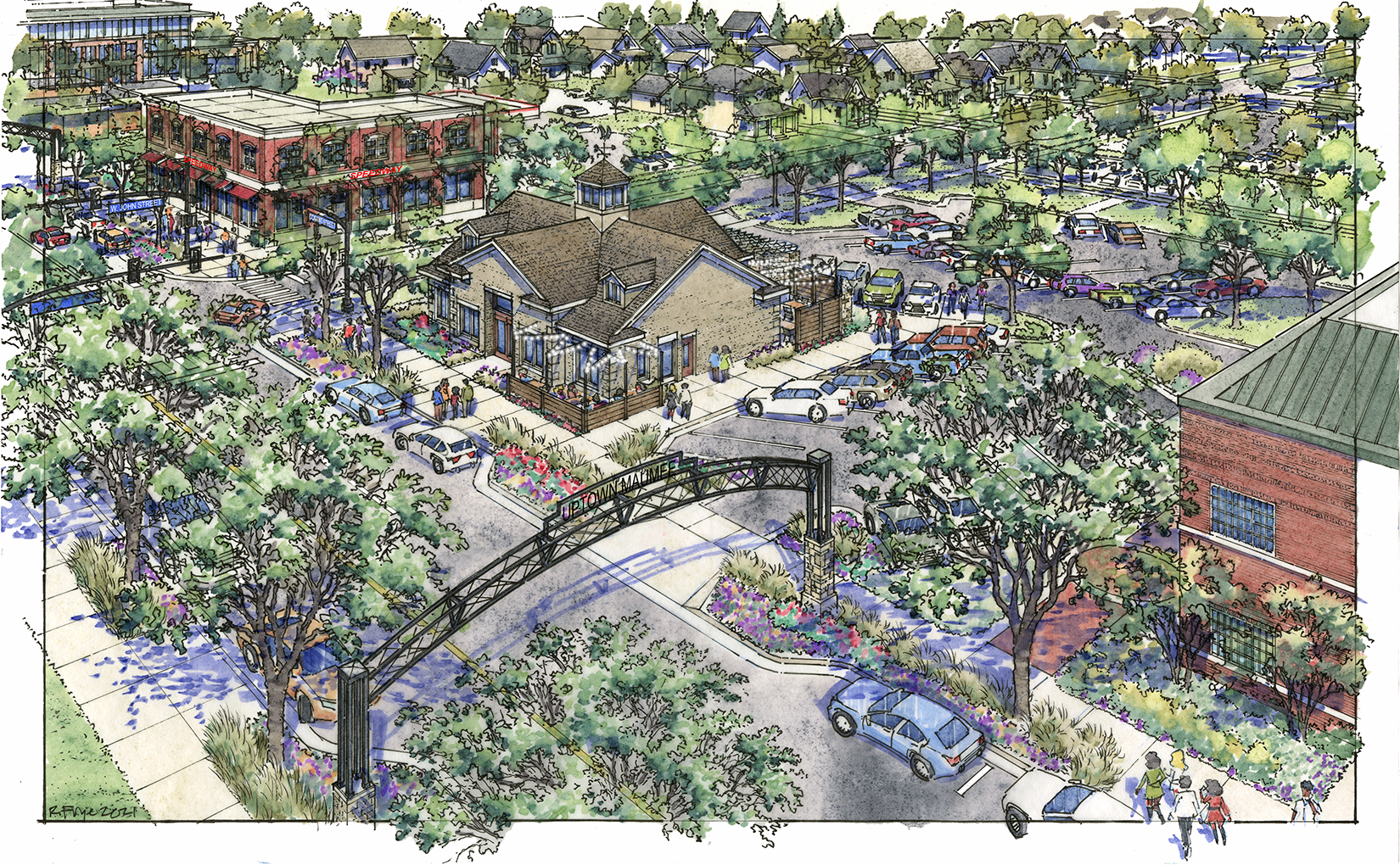 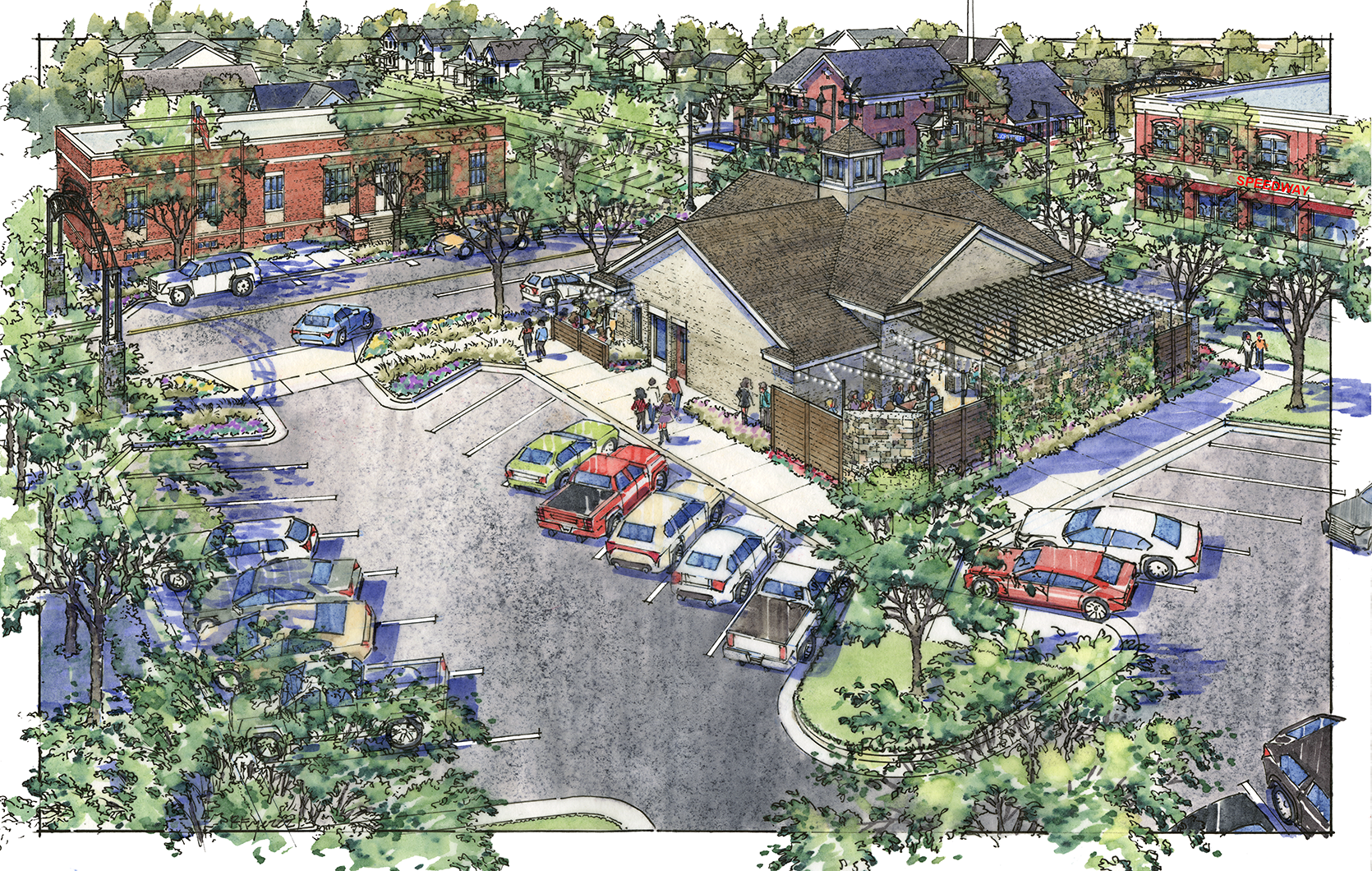 The City of Maumee’s Ultimate Uptown Project will be further enhanced by the addition of a new restaurant in the former Citizens Bank Building on Conant Street. The new restaurant, which will be a fondue and wine bar, hopes to open its doors by December 2022.

Shawn and Megan McClellan, who own Levi & Lilacs Whiskey Room—also in Maumee—were looking for an additional opportunity and were intrigued by the Ultimate Uptown Project in Maumee. “I think that what Maumee is doing to their Uptown is going to be a terrific attraction to residents and visitors alike. We love the feel of the project and really wanted to be part of it,” stated Megan McClellan. 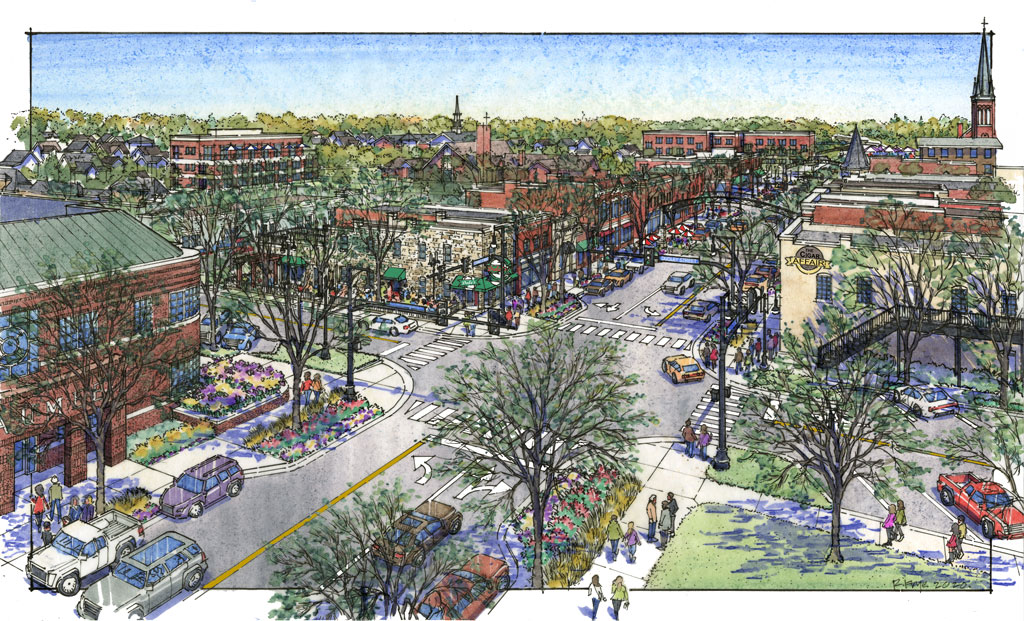 This design rendering shows a view of Conant Street going south from Dudley Street. Creating a business district that encourages walkability with enhanced landscaping, decorative light- ing and slower traffic is a main component of the proposed plan. 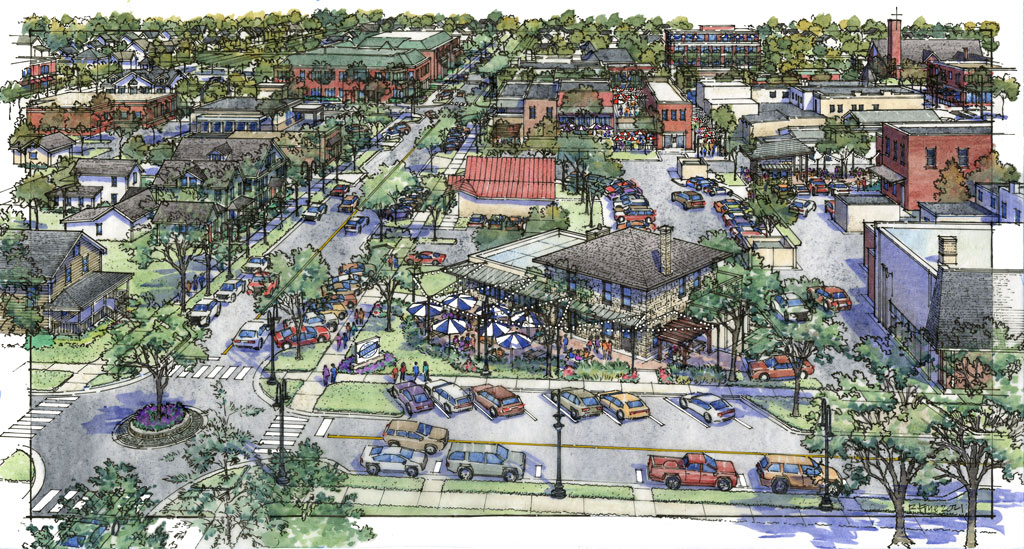 A new seating area and additional parking is proposed in front of Jacky’s Depot. The area at the corner of Allen and West Dudley streets is among the many design ideas to feature public gathering spaces. 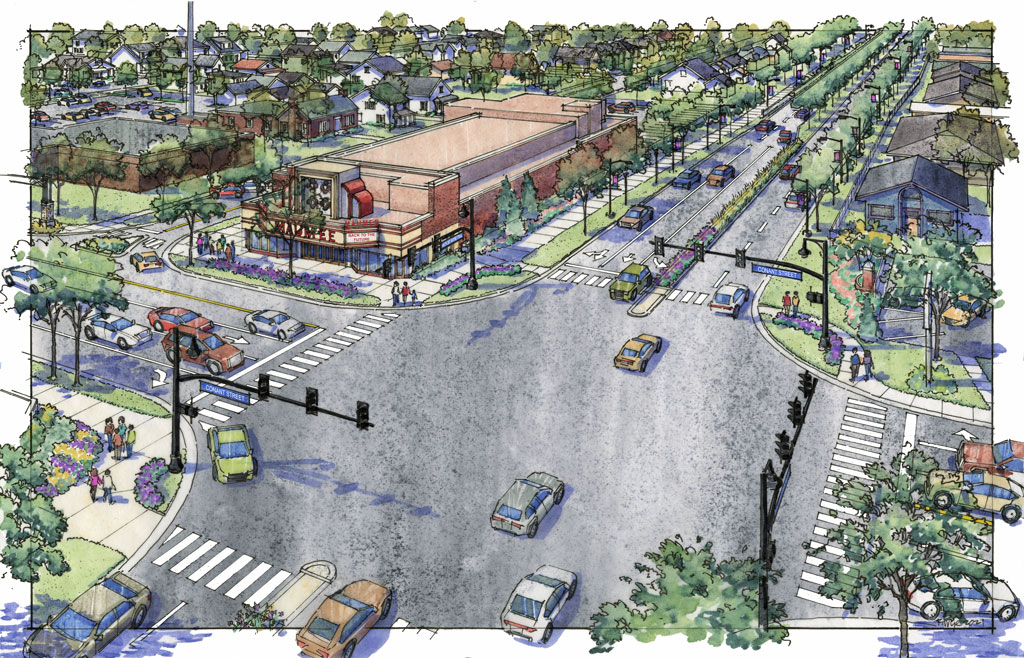 The intersection of the Anthony Wayne Trail and Conant Street (looking west) shows an area in front of the Maumee Indoor Theater with landscaping and wider sidewalks, which is part of a larger proposal to increase pedestrian safety and greater walkability in uptown Maumee. 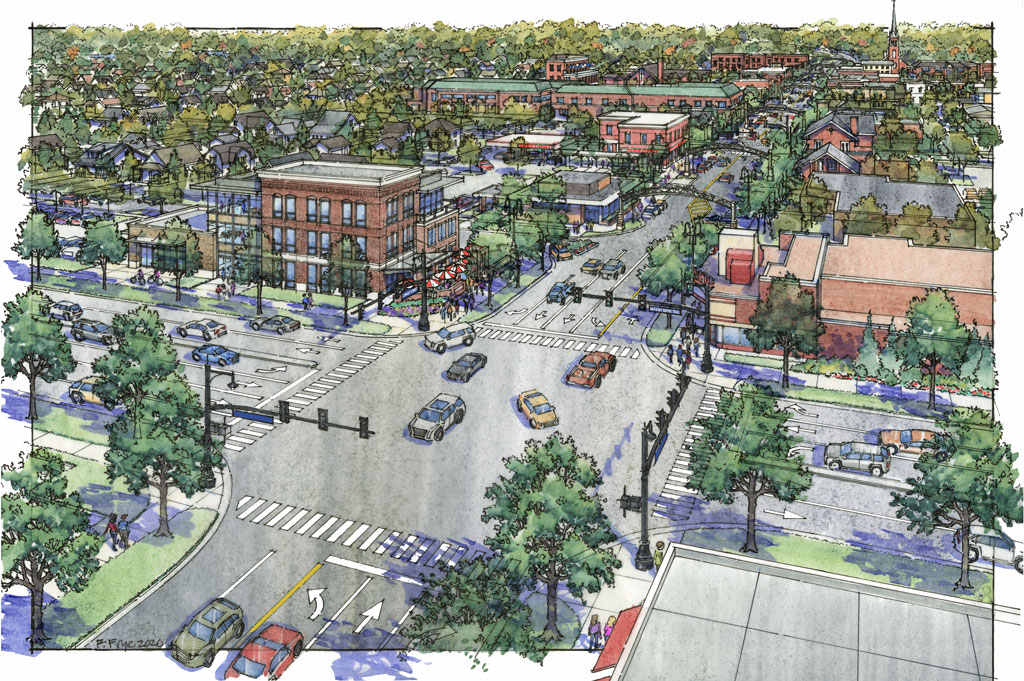 In this view of Conant Street, a building is located across from the Maumee Indoor Theater in what is now a parking lot. The image depicts a concept drawing of what could be economic development in uptown Maumee by way of a new office or apartment building.

This view of Conant Street and Broadway shows a proposed community building in the Union Elementary parking lot which would be a part of the uptown revitalization plan.